Buddha was born around 600 B.C. as Siddhartha Gautama, a prince of the Sakya clan in the North-Eastern part of India in the foothills of the Himalayas.

Suffering Exists
Buddha by researching deeply discovered that not only old age, disease and death, but life itself is suffering. 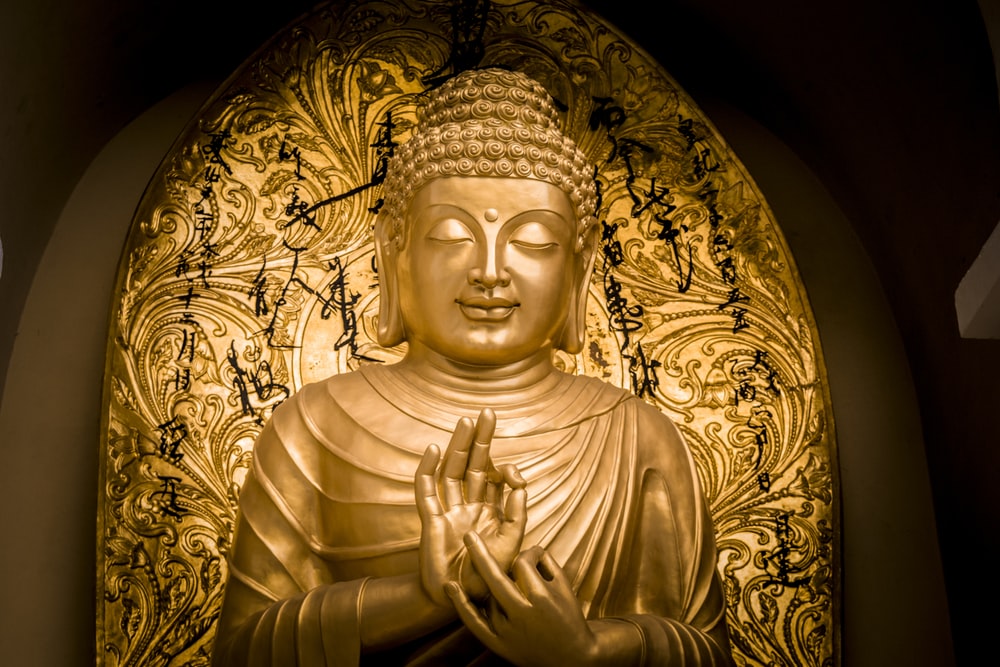 Birth, wishes, despair, frustrations, dejections, emotions and failures in desired attempts are all sources of suffering.
In short, all that is born of attachment is misery, desire for transitory, worldly objects leads to a long chain of suffering. All the sensuous enjoyments that human beings long for and strive to obtain are absolutely ephemeral, and they end in exhaustion and disappointment. Instead of being satisfied by obtaining wordly objects, one finds oneself in the grip of never-ending chain of dissatisfaction and increasing desire that is the root cause of manifold pain and misery.

There Is a Cause of Suffering
Buddha discovered the cause of suffering, which he described as a chain with no end and no beginning. Every cause has an effect, which becomes another cause, and thus there is an unbroken flow of effects and causes. This theory of causation is known as pratityasamatpada. According to this theory nothing is unconditional, the existence of everything depends upon certain conditions.
The series of cause and effect of suffering is described as the twelve-linked chain of causation called dvadasanidana.
The links in the chain are:
Avidya – ignorance
Samskaras – past impressions
Vijnana – initial consciousness
Namarupa – body/mind organism
Sadayatana – five cognitive senses and the mind
Sparsa – contact of senses with objects
Vedana – previous sense experience
Trsna – thirst to enjoy
Upadana – mental clinging
Bhava – will to become
Jati – birth
Jaramarana – old age and death
To explain the causal relationship one can go backwards starting from birth. If one was not born one would not be subject to the miserable conditions of life. Mental clinging to objects of the world is the main cause for the desire to be born.
Mental clinging is because humans have a thirst or craving to enjoy wordly objects, namely sights, sounds, tastes, smells, and touch. This desire comes from previous sense experiences.
This desire is not possible if there has not been contact of the senses with objects. The senses depend on body and mind, so the combined state of body and mind constitutes the perceptible being of man.
What is the cause of body/mind organism? That is consciousness. Consciousness descends and identifies itself with the embryonic body because it is under the influence of past impressions gathered in past lives. The impressions of past karma are responsible for driving consciousness to move the wheel of life.
What is the cause for these past impressions? Ignorance is the main cause of imprinting the impressions on the screen of consciousness.
According to Buddha, when a person forgets the law of change and the constant flow of consciousness (vijnana), he grasps things as though they were permanent and he becomes mentally attached to those external objects. This attachment, born of ignorance, causes all the pain and misery that one experiences, which are known as jaramarana (old age and death).
This twelve-fold cycles of cause and effect is completed and goes on until one learns how to break it. The process of disconnecting is explained in detail in Buddha’s exposition of the Four Noble Truths.

There is Cessation of Suffering
This third truth affirms that suffering in life can be voluntarily brought under one’s control.
All suffering is because of the twelve links of the causal chain, and their effective power results from one’s own involvement in them. If one keeps oneself away from the conditions that invite suffering, then there will not be suffering anymore. The state that is free from conditions is called nirvana.
The method of parching the seed of desire is the matter of the fourth Noble Truth.
Perfect control of the passions and constant contemplation of the Truth leads a person gradually to the state of perfection and wisdom where the sway of worldy attachment ceases. That is the state of Buddhatva (Buddha-hood) or nirvana. The one who is free of all the bondages is called a liberated one.

There is a Means to Cease Suffering
Buddha gave a complete and systematic guide for attaining the state of nirvana and his way of sadhana (path to liberation) consists of eight different stages.

Interestingly four truths of Sankhya as put in the Sankhyapravacanabhasya are very similar as the Four Noble Truths described in Buddhism.

Vedanta Wellbeing PhD is a personal development consultancy that helps you to enhance your daily psychological and physical wellbeing.

By combining western medical science with the ancient Indian philosophy of Vedanta, our approach is unique, as well as practical and professional.